5 Most Popular Articles This Month 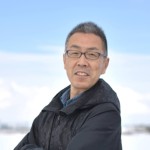 Creative Director, Photographer&Writer Born&raised in Hokkaido, Interviewing and reporting Outdoor Guides in Hokkaido over 100 days/year. My lifework is to report the wonders of Hokkaido. Hobbies are Marathon & Hiking. My two great children are now grown up, left the house and going to University. Living with my wife in Ebetsu City.